I’ve detailed in a previous post my relationship with water in the basement. During every rainstorm, I have a surge of worry flare up. I fear every dollar sunk into that level of the house will go up in smoke.

We’ve done our best to be proactive: we’ve replaced 3 of the 4 low window wells, installed underground downspout tubes, and keep those filters clear.

And I’m really well prepared to be reactive: strategically placed leak detectors all over the house, and a kit with a water-powered pump and long hose (i.e. no power required).

Hurricane Else rolled through the northeast several days back, and put all of my planning to the test. Rain began in earnest around 5AM, my normal waking time, and an preliminary check of the basement showed no leaks. I peaked out the window of the last short window well to see a small pool, but it wasn’t rising. We had never had an issue at this entry point before.

The rain began to pick up at a steady clip. I checked the basement again about 20 minutes later, and heard the sound of falling water before I could even turn on the lightswitch.

My adrenaline spiked as I ran back upstairs, screamed to my wife that there was a leak, and tore open the closet for my flood kit. A poncho happened to catch my eye, which turned out to be a great addition for being outside during a tropical storm. I bolted outside in flip flops (the only shoes I was able to find in my scurry) and quickly hoooked up the 25ft hose to the outdoor faucet and dropped the pump in the well. I turned the valve and… nothing.

Shit. I had never turned it on from this past winter.

To my luck, there is a nearby sprinkler valve with the same faucet connection that was turned on, so a quick hookup there and the pump spurred to life. 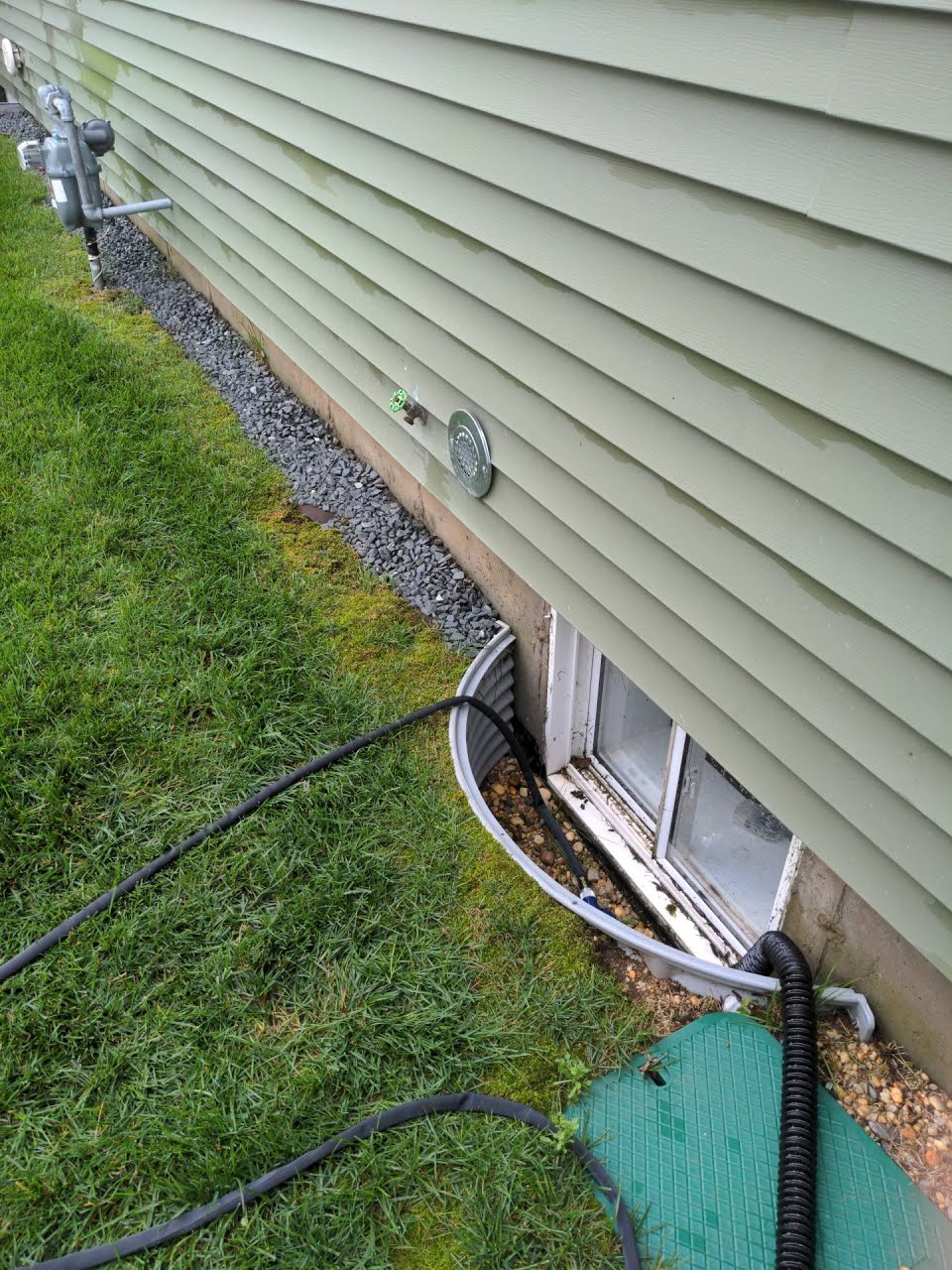 The well drained in less than 60 seconds, but I kept it running for long after the rain had slowed.

Our “borrowed” wet-dry vac from my father-in-law slurped up as much of the standing water as I could find. Probably 10-15 gallons or so, but enough to soak the corner of the carpet and the carpet pad underneith, and show some signs of water along the baseboards. 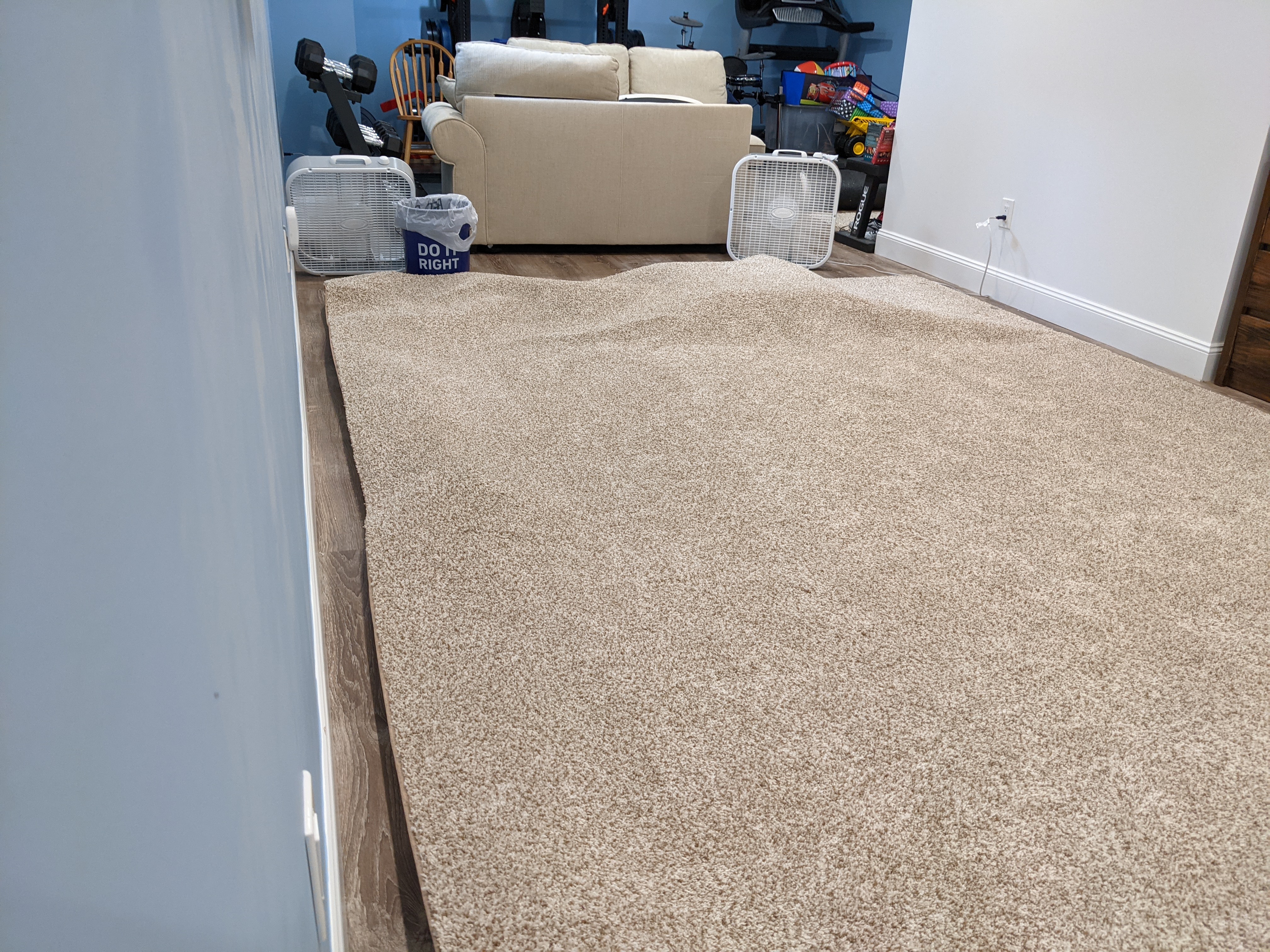 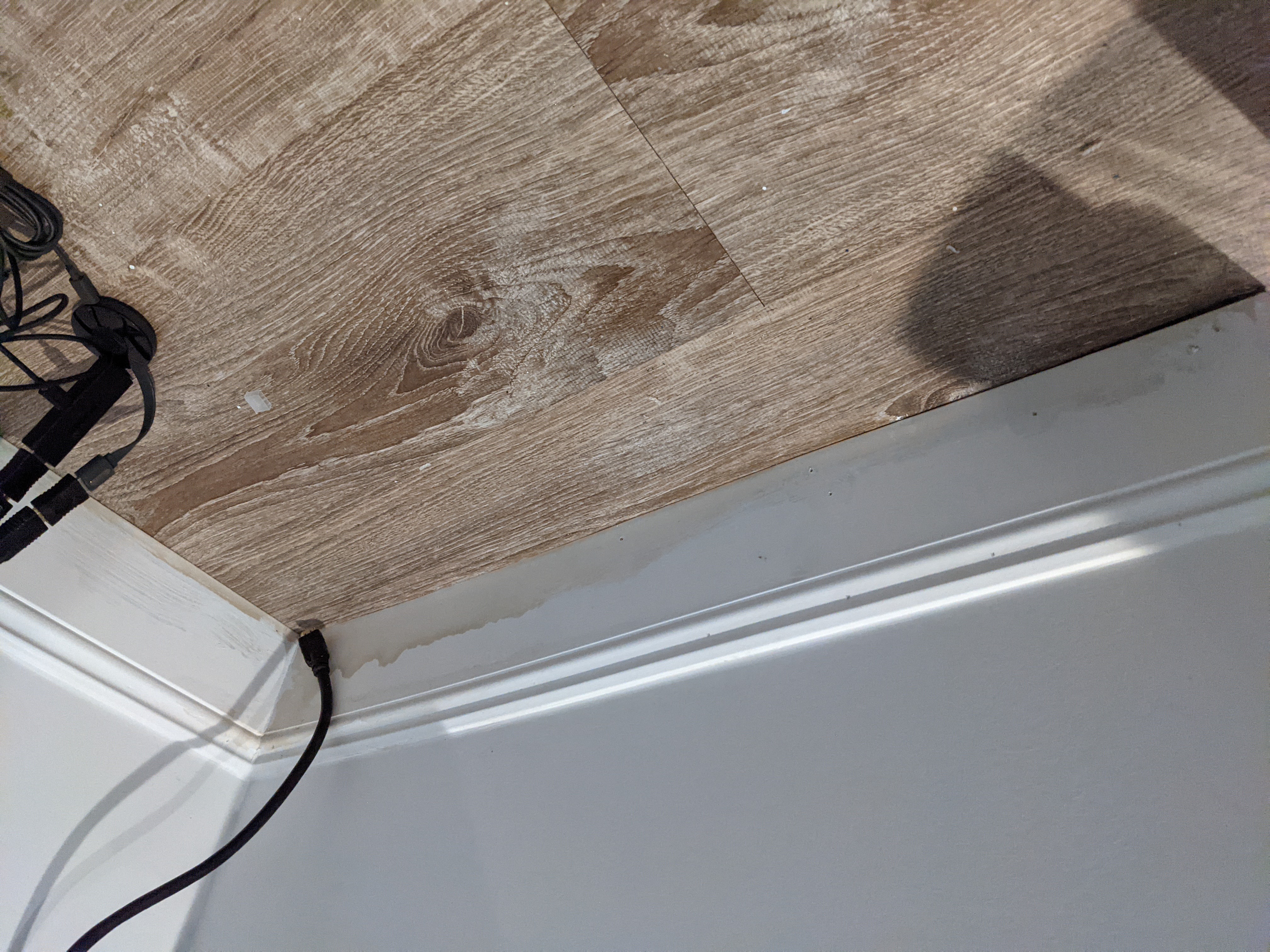 All in all, this experience taught me a few things:

1.) The worry is sometimes worse than the actual event. I’ve dreaded heavy rain – I think not because of the actual damage or inconvenience, but the uncertainty of whether or not something has happened without me knowing about it.

2.) My backup plans worked well. I had everything I needed together. In one spot. Ready to go. When I needed it. Just as I planned. Because of this, only 15 gallons got in instead of 50.

As well as a few improvements for (ugh) next time:

1.) Passive leak detectors weren’t enough. Not only in quantity, but they don’t quell my underlying fear. I bought several new detectors that connect to my WiFi and alert me actively when something is up. More on this later.

2.) Shoes and ponchos are part of the kit. Rain boots have long been on my list but they went straight to top after this.

3.) Need to raise the last window well. The landscaper is currently working to get that last window well raised and parts of the yard regraded to keep water flowing downhill and away from the house.

4.) What if a second well had been compromised at this time? Ok, now I’m starting to get paranoid - but if one could be breached, it’s far more likely that a second one would go, too.

I’ve introspected a bit why I’m so afraid of this. I think part of it is related to the very adrenaline spike I felt when I flipped on the basement lights - I didn’t know that was happening and I got lucky discovering it when I did. If that surge had happened at 11pm at night, even with a detector in that window well, I likely would’ve discovered a ruined basement in the morning.

A rather pricy upgrade from the passive variety, these Zircon Leak Alert WiFi detectors send out an email whenever they go off.

Coupled with a personal (free) plan for PagerDuty, I now have 6 detectors that will blow up my phone with alarms, texts, and phone calls if ever a drop of water comes in.

Even this past week, where we’ve continued to have thunderstorm cells pop up, I wake up and think “did my phone go off?” When I realize it didn’t, I feel much more confident that I still have a dry basement.

All anybody can talk about these days is coronavirus - just as contagious as the flu, but 10x deadlier, at least to the elderly. I’m personally not afraid o...